The M.A. Program in Biography and Memoir  has approximately 30 students currently enrolled, including: 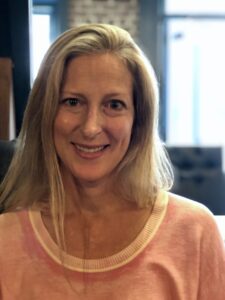 Aimee Maddalena (she/her) grew up on California’s Central Coast and attended college in San Francisco. She relocated to New York City to attend law school and earn a Master’s degree in English Literature. After practicing law for a number of years, Aimee left her practice to join the BAM program and write full time. She is working on a biography/memoir about three generations of women in her family shaped by the desolate, sometimes violent landscape of the California’s Central Valley. Her work has been published in Orion Magazine. She lives in New York City and Western Massachusetts with her husband, her two children, an elderly Shih Tzu, and a pandemic kitten. 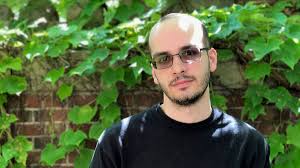 Michael Abolafia is a writer, editor, archivist, and literary historian. He graduated from Columbia University in 2017 with a BA in English; as an undergraduate, he spent time in editorial and publicity roles at New York Review Books, Simon & Schuster’s Scribner imprint, and W. W. Norton & Co. He is currently a senior associate in external communications at the D. E. Shaw group. He also serves as lead researcher to Pulitzer Prize-winning biographer Tom Reiss and as a research assistant to 2020-21 Leon Levy Fellow Francesca Wade. His writings on literary themes have appeared in the Times Literary Supplement [the-tls.co.uk] and the New York Daily News, among other outlets. Some of his interests include the history and historiography of Manhattan; decadence and modernism, particularly the 1890s through the 1930s; writers’ lives; and studies of lesser-known, non-canonical figures in history. Originally from New Jersey, he lives on the Upper West Side with his fiancée and cat. Michael welcomes correspondence at mja2181@columbia.edu.

Lisa Napoli was born and raised in Brooklyn, NY and graduated from Hampshire College. After decades in journalism (including staff jobs at the NY Times, MSNBC, public radio’s Marketplace), a chance to help start a radio station in the Kingdom of Bhutan led her to the world of long-form writing. Her fourth book, about the “founding mothers” of NPR, will be published this April by Abrams. You can learn about her work at lisanapoli.com 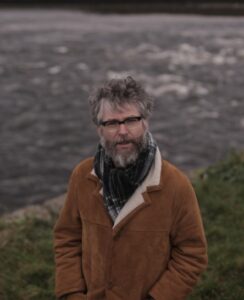 Vincent Cross (www.vincentcross.com)  is a writer, musician, performer and educator. His four full length original albums have garnered critical acclaim with folk music charting success for Old Songs for Modern Folk (2016), A Town Called Normal (2013), and The Life & Times of James “The Rooster” Corcoran (2020). A twice fellow of The Academy for Teachers, his recent historical/biographical album received a New Works Grant from Queens Arts, funded by the NYC Department of Cultural Affairs. He was awarded the CUNY Dean Merits Scholarship in 2020, and presently teaches and resides in NYC. 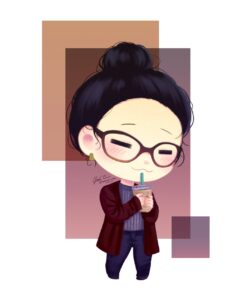 Anjelica M. Enaje (she/her) (aenaje@gradcenter.cuny.edu) is a second-generation Filipina American with Bikol roots, born, raised, and still residing in New York. She joined the M.A. in Biography and Memoir program in Fall 2019, with a focus on memoir writing with some academic research. Her thesis project is a memoir/literary criticism and analysis of the Maria Clara archetype, drawing from Jose Rizal’s 1887 novel, Noli Me Tangere.
Ms. Enaje graduated from CUNY Hunter College in 2015, where she studied Sociology, English/Creative Writing, and Asian American Studies. She hopes that her work will help to expand the ever-growing, complex body of Filipinx narratives. Her website: https://amenaje.com 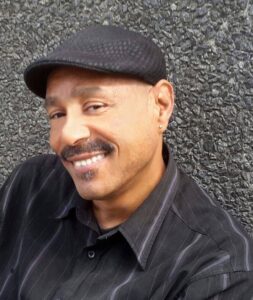 Keith A. Dames (kdames@gradcenter.cuny.edu) originally from Miami, Florida, earned his H.S. diploma from Miami Jackson Senior High School. Mr. Dames earned an A.A. Degree in Liberal Arts (Music,Theatre & Dance) from Miami Dade Community College North-Campus. He has trained as a Modern Dancer In NYC at the world famous Alvin Ailey American Dance Center on their Certificate Program, and earned a B.F.A in Modern Dance, Choreography & Pedagogy and a M.S.E.D. in Education (Educational Theatre) from the City College of New York. . Currently he  is also the Vocalist/Bandleader of the Jazz & Blues Band “Kat’s in Black Hats” – a quartet rhythm section of piano, bass, guitar & drums.  Mr. Dames considers himself a student of the Billie Holiday School of Music and pays homage to Ms. Holiday annually around her birthday every April 7th. Mr. Dames aspires to write a biography on Ms. Billie Holiday which will be entitled Homage to Eleanora: A Musical Journey Through The Billie Holiday Songbook. 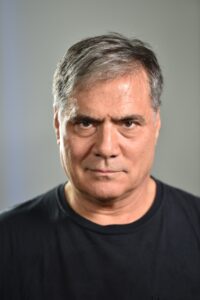 Walker Simon (walker.simon@gmail.com) comes to the Graduate Center after a 35-year career as a journalist with the Reuters news agency, for which he reported from 19 countries, most of them in Latin America and the Caribbean. He was raised in Mexico.  Recently, he won prizes for his documentary film “Antonio Norales: Garifuna Guardian,” and he produces a bilingual television program on Latin American art in New York. He co-authored a chapter on Central Americans for the book “Latinos in New York: Communities in Transition,” published by the Notre Dame University Press. His biography project is on Frida Kahlo and Diego Rivera and their relation to Judaism and the circle of their close Jewish friends, for which he has already tapped numerous archives in the United States, Mexico and Germany  and consulted hundreds of books and articles. He has found the GC a stimulating environment, with many useful research workshops and input from other departments, like that of the Latin American, Iberian and Latino Cultures doctoral program in whose peer-reviewed journal he published a piece on Kahlo. He also attends their Mexican Studies Group discussions. 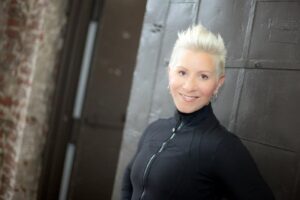 Jennifer Skoog (jskoog@gradcenter.cuny.edu) is a Harlem-based writer who hails from a farm in Minnesota. She is the youngest of nine and an aunt to more than sixty-five people. After she moved to New York City, Jenny became a “bride to baby” personal trainer and got her own TV show that earned her an Emmy nod. She studied Writing and Black Studies at City College and got published in The Promethean. She is currently working on a memoir at the CUNY Graduate Center’s Biography & Memoir program about the trauma of leaving her childhood religious sect. 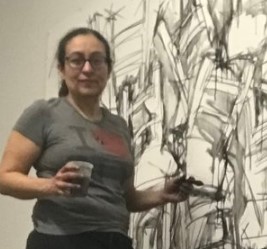 Iliana Emilia Garcia (igarcia1@gradcenter.cuny.edu) works in big format drawings on canvas and paper, escalating installations, printmaking and digital photos on canvas depicting her most iconic symbol: the chair. The base of her work is the emotional history of everyday things. It’s not about the geographical or physical history, but about the value we give to what we keep from the landscapes we come from; and that we unconsciously keep with us through crossroads. The symbols that seem to breed from the memory of our heritage. (from her website, http://www.ilianaemilia.com) 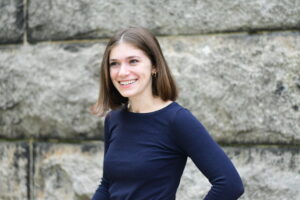 Originally from Amherst, Massachusetts, Chava Pearl Lansky (clansky@gradcenter.cuny.edu) graduated from Barnard College with a B.A. in Dance and English. Following a fellowship in the Music Division of the Library of Congress, Chava spent three and a half years as an editor at Pointe Magazine. She has also written on dance for publications including Tablet, Playbill, Dance Teacher Magazine, and Musical America, and is a regular contributor to Dance Magazine. Chava joined the Biography and Memoir program in the fall of 2020 with a focus on biographical writing, studying the lives of mid-twentieth century American ballet and modern dancers. Chava is also the recipient of a 2020-2021 Research Assistantship through the Leon Levy Center for Biography. 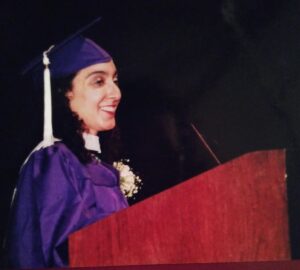 HI! My name is “Cleo” Carol Knopf. I am an aerialist/ dancer/ singer/ seeker/ scholar and am very happy to be in BAM. I love to be immersed in the study of how history is shaped and reflected by the lives of human beings. I affirm that each of us is not a passive actor randomly appearing on the stage of history limited by the roles given us, but a mover and creator of history. Perhaps there is some reason why each of us comes to live in our respective era. Perhaps we are born because we are needed here. Perhaps we cannot but be part of every breeze that blows and every cry of life with which we sound in unison on our planet. 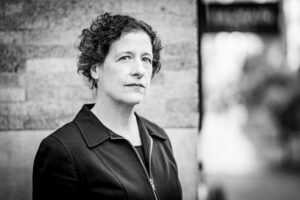 Sarah Goodyear is a career journalist whose work has appeared in CityLab, The New York Daily News, The Village Voice, Ms. Magazine, Psychology Today, and many other venues. She is the cofounder and cohost of The War on Cars, a podcast that looks at the effects of automobile dependence on our society. She is also the author of a novel, View from a Burning Bridge, published by Red Hen Press. She lives in Brooklyn. 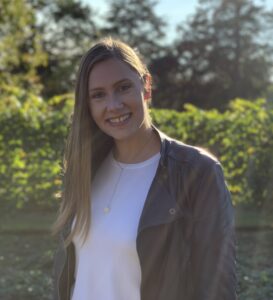 Elise Ahrens is a Brooklyn based filmmaker. She got her start in broadcast news after relocating to New York from undergrad at Emerson College. Her work in post production includes editing stories from the near and distant past. As an assistant and junior editor she’s worked on shows including Good Morning America, Headliners, and Netflix’s The Pharmacist. She is interested in exploring mediums to tell human stories that focus on the individual within systemic social injustice. Elise is currently balancing studying and writing with several feature films in development.

Timothy Ledwith has been a full-time writer and editor for many years, including two decades in multimedia communications at United Nations agencies in New York and Rome. He has also independently published personal essays, articles and reviews online, many of which deal with family history and Irish-American social and political perspectives. He is currently developing a virtual exhibition to showcase the mostly unknown work of a prolific visual artist from Staten Island whose life and career were cut short by AIDS in the late 1980s. Tim has a B.A. in Labor Studies from SUNY Empire State College and a graduate certificate in creative non-fiction from The Writers Institute at the CUNY Graduate Center.  Contact: tledwith@gradcenter.cuny.edu

Looking for information about the M.A. Program in Biography and Memoir?

Except where otherwise noted, content on this site is licensed under a Creative Commons Attribution-NonCommercial-ShareAlike 4.0 International license.

Need help with the Commons? Visit our
help page
Send us a message