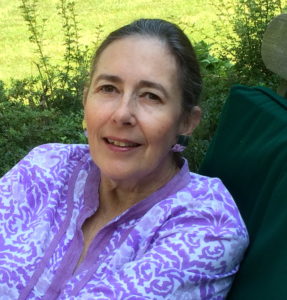 Annalyn Swan is the former arts editor of Newsweek and an award-winning music critic. She has taught life-writing—biography and memoir—at the Graduate Center since 2014. A graduate of Princeton University and King’s College, Cambridge University, she has co-authored two biographies of artists with her husband, the art critic Mark Stevens. The first, de Kooning: An American Master, won the 2005 Pulitzer Prize for Biography, It also won the National Book Critics Circle award and was named one of the 10 Best Books of 2005 by The New York Times. Listen here to their NPR interview from December 2004.

Their second collaboration, Francis Bacon: Revelations will be published in March 2021.Over a decade in the making, this is a much-anticipated comprehensive look at the life and art of one of the iconic painters of the twentieth century.

This entry is licensed under a Creative Commons Attribution-NonCommercial-ShareAlike 4.0 International license.

Looking for M.A. Program in Biography and Memoir information?

Need help with the Commons? Visit our
help page Send us a message
Skip to toolbar