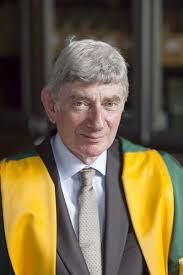 Described as Ireland’s “most prominent historian,” Professor Canny changed the field of early modern Ireland and the Atlantic world, shaping the scholarship of generations of historians. A former president of the Royal Irish Academy and member of the American Philosophical Society, the British Academy and Real Academia de la Historia, he has most recently been awarded the RIA’s highest honor, the Cunningham Medal, for distinction in research.  The author of dozens of books and articles, with a focus on colonial identity in the Atlantic World, he is currently completing a major study entitled Imagining Ireland’s Pasts; Early Modern Ireland through the Centuries.

Sponsored by the MA Program in Biography and Memoir, the History Department, and Irish Studies at Queens College.

This entry is licensed under a Creative Commons Attribution-NonCommercial-ShareAlike 4.0 International license.

Looking for M.A. Program in Biography and Memoir information?

Need help with the Commons? Visit our
help page Send us a message
Skip to toolbar